I am a passionate, energetic and positive individual who has served his local community

In that time I have had direct involvement in providing sporting opportunities for literally thousands of juniors.

I started the McKinnon Basketball Association to get local kids out of my backyard who kept visiting it most nights as we had turned that backyard into a half-court set up for basketball. Considering this was in the middle of the Michael Jordan era and at that time there were only a precious few basketball courts (and I am talking outdoor courts here) in the area our backyard acted like a honey pot to bees for local kids. To get them out and keep my housemates happy I had to form them into some teams and find a competition. From that start, we ultimately formed five domestic clubs and created the McKinnon Basketball Association. 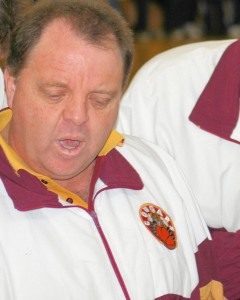 With the support of some wonderful volunteers, I was able to form and create five domestic clubs, Bentleigh Lakers (formerly McKinnon Lakers), Garden State Warriors, Brighton Wolves, Moorabbin Magic and the St Pauls Saints in that order. All of these clubs were formed and developed by generating interest through primary school visits where we conducted clinics and registered interested players into teams. From there we recruited coaches, arranged uniforms, organised training times and venues and recruited parents to be team managers who ultimately became committee members for these new clubs. We repeated this process over and over until we had formed the five domestic clubs.

We then developed a feeder program that recruited players from designated schools into those clubs to keep their numbers growing so we could build larger and stronger domestic competitions. Except for a few glorified tweaks to this structure, it is still in existence today and is the reason that the McKinnon Basketball Association is the size it is currently. This was all due to the hard work done by my team of volunteers and parents who sadly never have and never will be recognised by that club’s management of today. If not for the work of that group of people, the McKinnon Asociation would not be where it is today. They were an amazing group and those years were amazing times not forgotten by those who lived through them I am sure.

When my time at McKinnon ended back in 2009 I moved onto the Oakleigh Basketball Association which was on the verge of going out of existence. At that stage, the Association effectively had no teams, either domestic nor rep and no management group as nobody was prepared to form an executive committee to manage the Association. With another group of wonderful volunteers, we took that Association in three short years from that position to a thriving Association of 100+ teams comprising One BIG V men’s team, 20 junior Rep teams and over 80 domestic teams both junior and open Age. We also introduced several beginner/feeder programs as well as some terrific development programs. 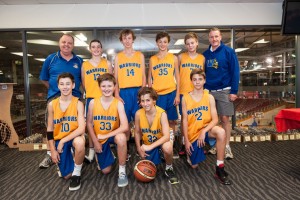 qualify for and compete in the State’s highest-ranked competition the “Victorian Championships” in just five years. Three of those teams ranked in the states top ten teams. The club also produced a state representative in Sean Macdonald and had major award winners at BIG V level in Andrew Kaban, Guy Vadas and Patrick Manifold.

We had a wonderful six years before encountering some tough times at the hands of people without the best interest of the club and its juniors in mind. Thankfully through a small conscientious and wonderful group are working to get the club back on its feet to be in a position to rebuild and relaunch in the not too distant future.

I am incredibly proud of the body of work and the resulting achievements my volunteer group and I have accomplished at both clubs.

While I have maintained my involvement in basketball and in particular junior sport, I have decided it is time that I put into practice all the lessons I have learnt from developing and managing these two associations. I am doing that through this business initiative that can serve my local community and in particular local businesses and local sports clubs.

This business will give those organisations the opportunity to market and promote themselves to a much wider targeted audience within their community at a price that will be affordable to their budget.

In regards to myself, I believe that through my 30 years of service to my community and my sport I have demonstrated

My track record and Leadership qualities

My support of others

I will be bringing all the above traits into this business that I know will help change and improve my local community. I hope you can find it in yourself to support me in that effort. Than you for taking the time to read through this page.