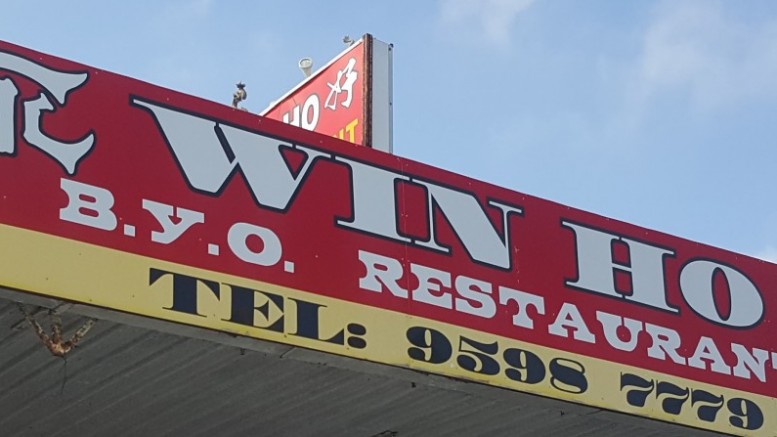 It can be amazing what you discover when you take the time to find out the story behind the four walls of any business. The Win Ho Chinese restaurant doesn’t stand out as much as many of other businesses around it in the Sandringham shopping village. Maybe because it’s decor is not as modern as other businesses, maybe due to its location on the roundabout at the corner located at Bay Rd and station street.

When I was first approaching businesses in the area I certainly missed it and walked right past its door but now I am glad I finally did notice it and took the opportunity to walk in. Had I not done so I would never have had the pleasure of meeting it’s owner Win Ho, as he has a fascinating story to go with his business.

I did promise him to keep this story as short as possible, but his story needs some telling so I will break this up into two parts, firstly a brief one about his business and then the second part about his 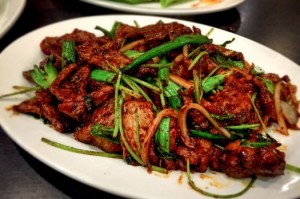 background story and the man himself. If you read both and if you have a soul you will help support his business and the man and family behind it.

The restaurant cna cater for groups and Win Ho’s favourite service is a banquet catered to groups for parties and celebrations of milestone events.

The business actually has an auction listed for the premises on October 31st, but Win Ho isn’t keen on retiring just yet and wants to keep the business up and running for a few more years to come.

Now for the background story and why you should support this great Australian of Chinese heritage.

Win Ho is seventy years of age but moves and works with the energy and enthusiasm of somebody much younger, he has a wonderful entrepreneurial spirit and you can sense hard work doesn’t phase him, in fact, quite the opposite it is something that he warmly embraces. 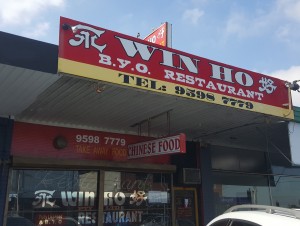 At first, he just wanted me to design and publish a website which we duly did. He has six adult children now, but they want nothing to do with the business and he realises that the internet and social media is something his business needs. In trying to engage Win Ho for some content for this story and for his new website I initially encountered some reluctance, I was given scraps of information initially and you could sense Win Ho is a private hard working man who has a love for his business, his family, his customers and life more generally, but a man who is also incredibly humble.

After a few attempts though, yesterday I was finally able to break down a few walls and I am so glad I persisted, as Win Ho has a fascinating story to tell.

Win Ho was born in China to Chinese parents who when he was at the impressionable age of ten moved Win Ho and his family to Saigon which at that stage was the capital of South Vietnam. In my calculations, this would have been around 1950. Win Ho had a brother and sister at this stage and his parents were looking for greater opportunities in what was then a more western capitalist country of South Vietnam. Like any normal ten-year-old Win Ho would have been impervious to the gathering storm clouds about to engulf the Vietnamese people in the coming decades.

Win Ho’s family lived through the Vietnamese civil war and were right in the heart of it in Saigon.

Win Ho remembers the American and Australian troops living and moving through his adopted city and provides an interesting perspective concerning it. Unlike so much of the popular narrative, he remembers the days our troops left, or in his view, abandoned Saigon leaving its population’s fate in the hands of the Viet Cong and the North Vietnamese army.

Once gone Win Ho’s family like all those in Saigon, had businesses destroyed, their property was taken from them and lives were threatened. In effect, the message was clear; leave Saigon or risk persecution or even worse. The situation would have been made worse for Win Ho as tensions between China and Vietnam escalated after American and Australian forces withdrew from the conflict. So much so that China and Vietnam engaged in a brief border way in 1979. No doubt Win Ho would have had to endure some difficult times. 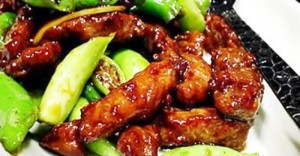 The message to leave was heard and Win Ho who by this stage was 28 and took the message seriously. He left Saigon to transition to Thailand as a refugee and through that process had a number of options of where to be resettled being America, Australia or the United Kingdom. Once more against some opinion in this country that decries Australia by many as a racist nation, our shores were the most popular choice amongst the Vietnamese refugees. In 1978 Win Ho reached our shores and like so many of his generation went straight to work and poured as much of his earnings into savings so he could go into business for himself.

It didn’t take long, in 1979 Win Ho obtained the lease to his current business address and opened his restaurant. Win Ho has an amazing work ethic which allows him to operate his business between 4:30 am and 10:30 am seven days a week and through that work ethic, he generated enough revenue to purchase his business residence outright in 1992. In that time he also managed to return to China in 1984, bring back his sweetheart in 1985 and ends up marrying her in his restaurant that same year.

Win Ho has worked at his business ever since while managing with his wife to raise six wonderful children. He and his wife now own their business outright, own their home and have seen their six children grow into adulthood, obtain degrees and have children of their own. This resilience and desire to provide better his life for himself and his family certainly puts plenty of us born and bred Australians to shame.

In fact, this is a sentiment that Win Ho visits often in our conversation. He loves Australia and what it has provided for his family, he considers Australia as a blessed country, a lucky country. As a person born and raised in Australia you hear the term “lucky” to describe our country all the time, however, you receive a greater understanding of what this truly means when you talk to somebody like Win Ho. One can only imagine the tests and traumas he has gone through to get where he is today in this country. Through all that commitment, endeavour, passion and work Win Ho revealed to me the loves in his life, being his business, his family his home and this country and his loyal customer base. 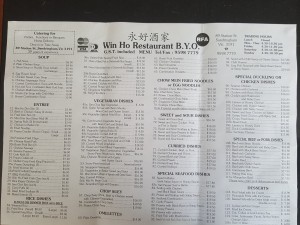 Win Ho loves his loyal customers so much that he considers them family? He has never experienced the racism that so many of our elites seem convinced exists in our country. In fact, quite the opposite, Win Ho feels he, his family and his business has been embraced which no doubt has been assisted by his philosophy which is “that if you don’t create any troubles for anybody here, he will get no trouble back.” Maybe a few others may wish to ask Win Ho for his counsel on integrating into a new country and it’s way of life, they would receive some sage advice

This gets reinforced when he goes back to China to see his sister and brother each year who live in the province of Hokkien in Southern China. Win Ho has witnessed through his visits the improving traffic, infrastructure and industry in China and Win Ho gives credit to the Chinese government for that improvement in lifestyle which is an interesting contradiction to the society he has come to love back in Australia.

Despite his love for Australia Win Ho can see changes in our society, he sees our current society growing increasingly lazy and thinks they take for granted the fortunate country that they live in and one of the things he especially doesn’t like is what he sees with the increasing drug use in Australia.

I could have talked to Win Ho for much longer as I believe there is a far more significant story behind this man, but time restrictions for the both of us won out.

In taking the time to sit with Win Ho and listen to and understand his story, I found a fascinating person with an admirable example that few would look to emulate. He is certainly a person deserving of our support to keep his wonderful business going.

Check out his website below and book a table for a feed or a function.

The Other Side Podcast

Elephant Orphans… Wisdom of the Wild