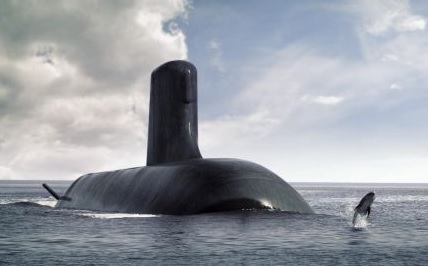 There has been plenty of discussion and controversy surrounding the government’s decision over the country’s future submarine fleet and the decision to go with the French company in the build.

The thing that stands out straight away for me is that these submarines will operate on diesel fuel! Isn’t that a bit prehistoric compared to other modern submarine forces? After all submarines were operating on diesel as far back as World War One, that’s over 100 years ago now!

Our country has some of the world’s largest reserves of uranium, why do we have one of the world’s most advanced and best defensive nuclear arsenals, especially in nuclear powered submarines. After all some of our closest neighbours in the region now have nuclear capabilities. China, India, North Korea and Pakistan have all acquired and tested nuclear weapons, Iran is on the verge of it, while US forces based in South Korea, Japan etc have navies with nuclear powered submarines, aircraft carriers and missiles.

With all the potential issues in the region that could spark a military conflict such as North Korea’s irrational and erratic behaviour, the clash over the South China Seas, the underlying issues between India and Pakistan and the evolvement of Iran as a nuclear power bringing it into potential conflict with Israel which is armed to the teeth with nuclear weapons, why are we taking a pop-gun approach with diesel power submarines. All these potential conflicts could flare out of control at any time, yet our answer is diesel powered submarine that won’t be available for 15 years. If it wasn’t so serious and so expensive (50 billion dollars!), it would be laughable.

What makes this worse is the subs we have ordered are a nuclear power designed submarine and need to be adapt that designed to implement a less capable diesel design. This from a country with a glut of uranium that its exports to countries with nuclear capabilities. Is this illogical? Is this stupid? Is it just plain dumb? Of course it is.

He reason you have to ask is why we are doing this? There is only one answer, political correctness is overriding the best interest of our nation and our defensive capabilities and is putting at risk the loves or our brave service men and women and putting the country sovereignty at risk. Instead they are making their own political survival their priority while putting our nation at risk.

There is a word for this behaviour it’s called TREASON!

The British definition (in part) for treason is, “violation or betrayal of the allegiance that a person owes his sovereign or his country”.

History is littered with examples of what happens to nations who are not prepared to defend themselves and have a defence force capable of giving an aggressor a bloody nose. Thousands upon thousands of people have paid with their lives for that incompetence.

“Those that fail to learn from history are doomed to repeat it.” Winston Churchill

In world war two our nation was unprepared to defend itself and without the USA entering the war we could have very well faced a Japanese invasion of our shores. Nations in our region are far more capable now that Japan was then and we are confronting them with outdated technology.

We need a mobile powerful force that can respond quickly and forcefully to any threat and one that is capable of being moved to an area of operation at short notice and in an efficient manner to counter any threat to the Australian mainland.

Morrison is reading the last rights of The Liberal Party Party of Australia.

Have we seen the sequel of the Reichstag Fire and the arrival of Big Tech Fascism?

My advocacy discovery. A battle lost, a war to be won!

Be the first to comment on "Our new submarine contract, a joke?"