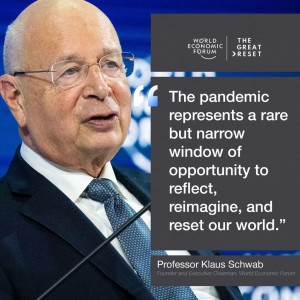 position of the World Economic Forum and it’s founder and leader Klaus Schwab. If you watch Klaus Schwab on video you would immediately have the impression that he comes across as scary villain from old War War two movies or a James Bond film. Further If you follow his ideas and thoughts on social media you would have those initial fears consolidated. The man may be extremely rich and amongst the world elite but that doesn’t exclude him from projecting the impression that he is an extremely weird man.

This motion in our federal senate chamber was introduced by Pauline Hanson and the One Nation party. Despite what perceptions our major political parties or members of the public may have of Ms Hanson and her One Nation party, this issue should be of great concern to all our politicians and all our citizens, taken seriously and is deserving of a full and proper debate in our parliament and amongst our voting public.

Depending on how this policy develops through the World Economic Forum it could have long lasting, sweeping and devastating impacts for society, corporate business, small business owners and the wider public more generally. These policies that are being proposed by, developed by and pushed by global elitists such as Mr Schwab, are not a part of our democracy and these elites wouldn’t care about what the ordinary citizens of Australia or globally think.

As soon as globalists start making decisions of behalf of everybody, you can be sure of one thing, the elite will become richer and the ordinary men and women will be worse off. The changes being proposed would mean dramatic changes to the way ordinary citizens around the globe live and work and to our society as a whole. What makes this worse is the people proposing these initiatives are people who are usually incredibly wealthy with many such as Prince Charles and John Kerry amongst the mega rich, who enjoy multiple homes, vehicles, planes and boats and engage in international travel all year.

The way of life for these elites carries an enormous carbon footprint which wont be effected by any changes, but they will still have the temerity to lecture the rest of us on how we should change our way of life and wear any financial impost they wish to impose.

Considering all of this it was disappointing and disheartening to witness our politicians vote down this One Nation motion without a proper and vigorous debate. Even more disappointingly was that after this motion was voted down by every Senator other than the two One Nation members, was LNP senator Matt Canavan’s comments that the Great Reset was “crazy kooky stuff aiming for no property ownership by 2030.” Why then he he vote against the motion? We will be contacting his office to find out.

Schwab titled “Covid-19 the Great Reset” in the background, on his office book shelves. What are we, the Australian Public, not being told? Anything that brings this sort of potential change to society should be a policy debated through an election giving the voting public a chance to decide the issue. Instead, it seems politicians of our major parties are working on  stealthy transition while treating us, the voting public, with a total lack of respect and acting with a total lack of transparency.

Why are politicians around the globe, including our own, using the Great Reset slogan  “build, back, better” if there is no serious consideration or even worse agreement having been reach to implement this policy?

Why for instance have Joe Biden, Justin Treadeau, Boris Johnson, Jacinda Adern  and even Scott Morrison used this term in their messaging? Are we to believe, like naïve fools, that this is all coincidence?

The policy push from Klaus Schwab and the World economic Forum has been in play for a decade, but it has been given extra impetus through the COVID-19 crisis. You could go as far as to say it’s proponents have weaponised COVID-19 to push this agenda in an opportunistic attempt to take advantage of weak national economies and those nations peoples at their most desperate.

Now with the Trump presidency potentially finished, the messaging from the World Economic Forum is becoming even more intensified.

What is the great reset? What does it involve? The Great reset is designed to bring about the fourth industrial revolution. You can find this out fairly easily as it is all over  the World Economic Forum’s own website     Their policies and platforms are freely available and upon closer inspection should be alarming to any person who believes in western democracy.

“In a statement on Tuesday (17th November), the World Economic Forum (WEF) said COVID-19 is accelerating adoption of new technologies by cities as governments struggle to manage the growing pandemic with constrained resources. The statement said the WEF has selected 36 cities from 22 countries and six continents to pioneer a new global policy roadmap for smart cities developed by the G20 Global Smart Cities Alliance.

Apart from Bengaluru, Faridabad, Indore and Hyderabad, cities such as London, Moscow, Toronto, Brasilia, Dubai and Melbourne have also been selected.”

So whatever evolves from the WEF’s policy platforms, there will be potentially significant impact on the city within which we live. Has this been put to the voting public here in Melbourne? do you remember it as key part of any policy platform presented by either the State or Federal government at the last elections? The fact that is was not and that it is already this advanced should be of concern to us all.

Why should we be concerned?

A closer inspection of the WEF’s website and it’s various articles and publications, doesn’t ease concerns, rather it 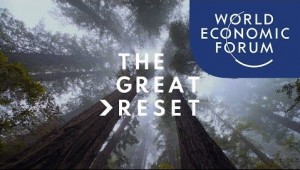 raises them, that is unless you are a Marxist, Antifa or extinction rebellion type. To give you some idea, Ursula von der Leyen, President of the European Commission in a video forum went as far to claim that climate change was to blame for the COVID-19 crisis. The title “World Economic Forum” gives you the impression that the organisation is about developing economics ties and ideas to grow the world’s economies.

This video chaired by Børge Brende, President at World Economic Forum, (who is nearly as scary as his boss Klaus Schwab) provided a group of contributors that only spoke towards one side of the debate and had no opposing or alternative voices, so it’s a hardly a forum. Any forum should have supporting and dissenting voices, anything less and you have a group dictatorship.

A closer look gives you the impression that is more a group intent on advancing a Progressive Totalitarian style of government across the globe. It hardly strikes you as an organisation that deals in economic development as it’s name suggests

Rather than economic issues, the WEF website seems more concerned with social justice issues and climate change policies that would devastate an economy like Australia’s. 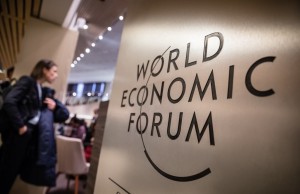 If this great reset is implemented and worse, if it’s implemented to it’s fullest extent it has the potential to have a devastating effect on our way of life. This is especially concerning with Melbourne being identified as one of the cities being used as a Guinea Pig in this “Great Reset” experiment, so it should be of greater concern to Melbourne businesses than most in Australia.

If you are a socialist who would prefer to see rampant climate change policies put in place, no matter their detrimental impact of our economy and your business, then you will be as happy as Pig in mud. If you are more concerned with a vibrant, free market, capitalist economy that embraces the power and freedom of the individual, then this should scare the hell out of you.

We would encourage everybody to research the World Economic Forum’s websites and the articles on that site. Educate yourself and become informed as you cannot rely on or indeed trust our politicians and main stream media. An example of this is Federal Senator Jacquie Lambie, who demonstrated that she was  totally unaware of this policy platform and simply wrote it off as “some weird conspiracy theory from the dark corners of society”. Jacquie Lambie simply embarrassed herself as being asleep at the wheel and that she is not fit to sit in parliament after displaying such ignorance.

We need to ensure that any policy changes that can so substantially change our way of life in such a negative way is put before the Australian pubic before and during any election period, so it can be discussed and debated in an in-depth manner. If that discussion happens, then I am confident the intelligent Australian electorate would reject it in it’s entirety. The only way to implement it is through stealth and I am concerned our politicians are currently doing exactly that.

That can only happen if the Australian public allow that to happen. So in consideration of this, over the next week we will be writing to all our state and federal members of parliament in an effort to find out their position on this matter. We will be calling the offices of Greg Hunt, Jacquie Lambie and Matt Canavan directly for comment. We will publish any answers our members of parliament provide as we receive them in the coming weeks.

We will also be publishing the letter we are sending to them. Through this you can also use this letter as a template.  To obtain a database of contact details for members of parliaments CLICK HERE. If you are motivated to lobby our politicians on this issues then by all means join us in advocating for Australians to decide our future as opposed to global elites.

VICTORIANS BEWARE: BIG BROTHER’S OPINION OF WHAT YOU MIGHT DO TOMORROW COULD LAND YOU IN JAIL