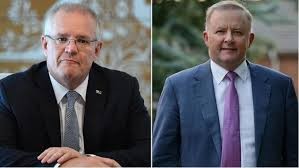 The Cambridge dictionary meaning of pontificating is “to speak or write and give your opinion about something as if you knew everything about it and as if only your opinion was correct“.

I suspect most Australians are convinced that this is the lot of our politicians, our celebrity elite and many in our mainstream media. I think many Australians would also be like me and suspect that it’s more important for these people to sound virtuous than to actually be virtuous. 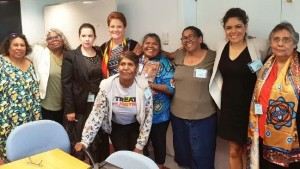 Pauline Hanson and the Indigenous Women

are and this weekend I read an article from one person, Joe Hildebrand, with whom I disagree on several things that demonstrated this point magnificently. I read Joes articles as I believe in his sincerity in most of the things he writes. This was once more the case when on Sunday I read his story about twelve brave indigenous women who travelled to Canberra to lobby on behalf of their loved ones about the domestic violence they were being exposed to. It was a great article where I disagreed with only one small part in which Joe talks about a dozen brave women. He should have written about thirteen brave women which I

will come to later in this article.

Like clockwork throughout each year the majority our politicians, social elite and our celebrities get into a woke lather pontificating lather about things such as Australia Day, the national anthem, domestic violence and the evils of men (especially white men) in general, closing the gap and much more. This year they have graciously decided to include the anniversary of Captain Cook’s discovery of Australia as an opportunity about our evil colonialism. 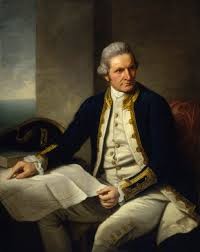 You know the lecturing, it goes on ad nauseam from Climate Change and telling us about the evils of our society and it’s colonial past through to what a bunch of racists and bigots Australians are. It’s a daily ritual.

While being lectured by these pontificators I wonder how many of these puny people and I am saying that in no reference to their physical stature, are doing something genuine to resolve these issues rather than to embed their philosophical platforms and in many instances their financial futures. You see for many this goes hand in hand.

Many of our pontificators are simply lazy, content to go along with woke lines, political correctness and philosophical narrative embedded in them by people whose sole purpose in life seems to make themselves seem important to society. Going along with the woke and refusing to look at deeper realities and facts, in other words, playing to their mob so they can feel good about themselves when the eventual backslapping begins for taking on the evil empire that resides in their depraved imagination.

God forbid they say the truth and that we live in a great and prosperous society, that on the whole respects individual rights, embraces freedoms, respects the rule of law and gives people the power to decide who rules their country and future, a future where every person has the opportunity to build a happy, healthy and rewarding life.

Nope, that is way too boring and uncontroversial.

What can we do to grab a headline? How can we get some attention? In what way can we display our superior virtue? How can we demonstrate that we are living at a level above those serfs below us in today’s modern kingdom?

Whatever you do though don’t report on anything to go against the accepted narrative that we are evil empire made up of cruel, racists bigots evolved from our tyrannical colonial past. If you find anything that goes against that narrative, just ignore it.

This was once more rammed home by this story by Joe Hildebrand about these indigenous women travelling to Canberra to appeal to our political leaders about the appalling acts of domestic violence happening in our indigenous communities. 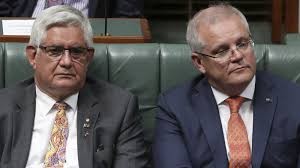 Now consider the backdrop to this our Parliament has just spent a week debating “closing the gap” and how it continues to deliver on outcomes, and there has been so much discussion over domestic violence and its causes after the awful murder-suicide event that took the lives of Hannah Clarke and her beautiful children, that you would think the red carpet would be rolled out for a group of indigenous women coming to Canberra bring these important issues together.

I would suggest, these are more important issues than a word in our national anthem, the merits of Australia day, recognizing indigenous in our constitution or a separate voice in parliament for our indigenous people which is fraught with dangers despite any good intentions its proponents may have.

After all what good is any of this if so many in our remote communities continue to be assaulted physically, mentally and sexually, what’s the point if alcohol and drugs continue to be rife amongst thee communities, what’s the point of these initiatives if health issues are at a third world level? The answer is they are of no good at all. You see its not any sins of our past that stain us as a community as those days have gone by us, its what we have before us that we fail to solve that brings us shame, as we have the capabilities to do something now if only we have the commitment, fortitude and dedication to addressing uncomfortable problems that face us.

Surely then considering this, you would have thought that this visit by these twelve women would have been enough for our Prime Minister to take some time out of his busy schedule? Apparently not, well what about the opposition leader? some great opportunity to score some brownie points here surely? Nope too busy. We’ll the greens then, after all, what a chance to once again sink those green boots into all of Australia proving them as the racists and misogynists they are yet again, amazingly, again quite amazingly not a green politician in sight. Apparently, they were too busy sandbagging their homes for the inevitable rising sea levels that will swamp us at any moment now.

No, the only two people in the Canberra political population who cared enough to give these courageous women the time of day were two of the most maligned by our mainstream media, Pauline Hanson and Jim Molan.

No coverage of it by the media, no announcement by our political class, no grandstanding by our celebrities at their own backslapping media awards and events, quite simply nothing to recognise a group of people willing to do something about two of the most pressing and important issues facing our society. Well done to Joe Hildebrand for making us aware while at the same time calling out his colleagues. No matter where you stand on Joe and his opinions this would have taken some courage considering the attacks he will no doubt now be receiving along with efforts to ostracise him and silence his voice. I may disagree with him on points, but by golly, I admire his courage here.

It would have been so easy for him to go along with his media colleagues to simply not report this and nothing would have been said and nobody would have known. Instead, he chose the harder and more honourable route and even as he states in his article he recognises a person he doesn’t support in Pauline Hanson for having the decency to meet with these indigenous women.

On the subject of Pauline Hanson, the one part of Joe’s article that I would offer disagreement is his observation of that a dozen courageous women went to Canberra. I would argue that there were thirteen courageous women involved as Pauline needs to be included in any discussion of courage. I have never voted for One Nation despite being tempted at times, but I have always admired Hanson’s courage to speak her mind and bring serious issues to the table knowing that she would be ridiculed for doing so. 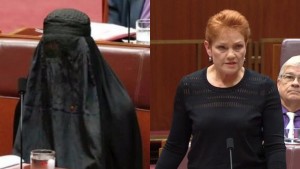 The Burqa that sets them off!

Our media class and elite were mortified for example when she wore the burqa into parliament with that snivelling nitwit George Brandis using it as an opportunity to sell himself to the woke and politically correct as the smell of the rotting corpse that was his political career was overwhelming his senses.

What George failed to realise is that millions of Australians totally understood the point Hanson was making, both from a security standpoint and one of pure human decency against against a garment that oppresses human dignity and freedom.

These elite amongst our society who were so offended by Pauline’s point about the burqa are the same hypocrites who ignore the oppression of women that this dreadful garment represents. They are the same hypocrites who slam Australians, especially our men as misogynists and sexists while ignoring the plight of fellow women in countries such as Iran who are being imprisoned for daring to remove their hijabs or god forbid to dance in the streets.

Hanson has continually pushed our buttons, much of which I disagree with, but much of it which I have sympathies for. The reason I have never voted One Nation is that simply I don’t think their party has the experience, depth of personnel or knowledge to manage the country competently. I sincerely hope this changes, as our country desperately needs another voice other than the LNP and ALP who on too many subjects sing from pretty much the same woke hymn book.

This discourages debate and alienates so many of our voting public who think they have no voice.

I am so over the pontificating class in our country that I am starting to think that maybe it’s time they were given one almighty jolt to let them know who is the real boss in our society. That boss is the majority in our voting public. I have been looking for politicians who don’t just talk but just as importantly act and in this young year of 2020 two of the most maligned ever to walk our national stage in Tony Abbot and Pauline Hanson have risen in my estimation and I am sure in many other peoples eyes as well.

The strange thing is they have been severe adversaries throughout their political careers.

Our former PM only gained great admiration and respect as he continually confronted our awful bushfires with his RFS mates helping to save properties, lives and livestock. While many cowards such as Adam Bandt took the opportunity to use other people’s misery to score cheap political points and advance his pet political platform, Tony Abbott was getting his hands dirty, fighting those fires back and along with his RFS colleague putting their lives at risk.

If you were in the trenches in a military conflict, who would you want to be there with you? Tony Abbott and Pauline Hanson or the likes of Adam Bant, Kevin Rudd and Malcolm Turnbull?

Ask that question and you get a pretty obvious answer unless you were holding a death wish within. The next time I go into a polling booth, I will be asking myself that question before I vote, if every other Australian does that, then I think our pontificating politicians and the social elite who encourage them will be in for a well-deserved shock.

VICTORIANS BEWARE: BIG BROTHER’S OPINION OF WHAT YOU MIGHT DO TOMORROW COULD LAND YOU IN JAIL