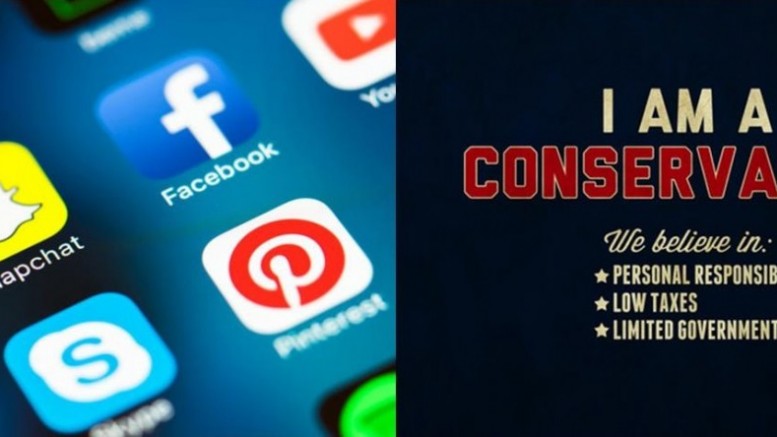 So many things in our lives become addictive, food, alcohol, smoking, drugs, gambling……The list goes on and on.

Over the last 15 years, one of the more innocuous addictions that have crept into our lives is our use of social media. The innovations of things such as Facebook, Twitter, Instagram and so on, have made the world seem a much smaller place and brought people into contact who previously would never have done so before.

These social media bubbles are full of opinions, politics, hatreds, love, bullying, great people and lowlifes; it covers the entire spectrum of human emotions, opinions and behaviours. At the worst end of the scale, evil people have used it to advance their causes, at the best end we share great stories, photos and videos of families, sports, children and pets.

It also allows us to engage with people we would never otherwise meet either interstate or abroad.

On a personal level, you can become easily obsessed with it. Personally, I have gravitated from Facebook to Twitter and while I am exploring Instagram at the moment I lean towards Twitter as I love discussion, opinion and politics. The problem is that it can easily become all-consuming with you being drawn into debates with somebody you don’t even know and who simply get a kick out of winding you up (Trolls). Outside trolls there are points of views and opinions that get your blood boiling and you cannot help but publish your point of view.

This can be magnified when your followers like or retweet your opinions potentially inviting thousands to pass judgements on it.  When you receive good feedback you feel great, when you receive negative feedback you usually end up in an unwanted argument with a stranger taking you away from your real world life.

I have found myself drawn more and more into this twitter universe and I have both enjoyed the experience and been alarmed by its ability to draw me in at the same time. The most revealing and at times alarming, thing for me has been the ability that social media gives you to go behind the headlines and the stories. A great example of this was the Covington Catholic schoolboy issues in the USA. Twenty years ago we would have all read the story in the paper and just accepted as fact what the media told us about this incident, today you can jump on social media, do a search and you will receive all angles of a story and you can decipher for yourself what did or did not happen.

In the case of the Covington boys, the initial story was proven to be scurrilous and now several mainstream media organisations have had to make retractions or apologies for publishing a false narrative without properly investigating the story. Many are facing multimillion-dollar lawsuits that could make staying in business very difficult for them. All this revealed via online content on social media.

For me, more importantly, it demonstrated to what lengths particular sections of the media, as well as certain celebrities and politicians, would go to push a favourite agenda. We all suspected it, but in these times of social media interaction, it has alarmingly been exposed as true. While going through these experiences I also finally read the George Orwell book “1984”. I found it interesting but also a little boring, to be honest with a poor ending, but some of its content can be compared to events of today with concerning similarities.

An example recently was the removal of Greenpeace co-founder, Patrick Moore, from Google references to the co-founders of Greenpeace, where he had been listed previously. Reference the sections regarding the “Ministry of Truth” in the novel “1984” and the rewriting of history to support the book’s totalitarian government’s narrative and you can draw the correlation. This is just one recent example. So the lesson, don’t believe anything you read or hear before looking into it yourself. This should be a healthy evolution for your soul and conscience, but it does turn you into a conspiracy theorist who simply questions everything, where one didn’t exist within you before. How did I discover this transgression against Patrick Moore? From Patrick Moore himself via a tweet of his which had been shared on online of course.

So each day I now log into my twitter account and join this banter, you get your first fifty followers and then your first hundred, then one hundred and fifty, then two hundred and you celebrate every milestone in a subliminal celebration of your opinion and points of view being respected and followed by others. Of course, there are also those who follow you just to annoy and harass you, but the ability to block is bliss.

What is amazing to me is those who have followers in the thousands, tens of thousands, hundreds of thousands and even in elite instances the millions. It must be a mind-blowing experience for them.

The negative of all this is that you are continuously fed the news and opinions of those whose views and opinions you are virulently opposed to. It brings to your phone everything you can hate in the world from politics to religion to animal cruelty, it can be non-stop to the point you are actually stressed and need to take a break from it all. I have found myself in this situation recently as I have attracted enough followers to the point that I have decided I need to manage it better, both from a volume perspective and from dealing with the stressful aspect of dealing with what I hate on twitter.

So to me, I had two solutions, get off social media or alternatively to get busy on it, or as that famous quote from the movie Shawshank Redemption goes,  “Get busy living or get busy dying.” I have chosen to get busy living, on Twitter that is.

The problem with twitter is that you only have 280 characters in a tweet to express an opinion and that can be tough with some of the complex issues I follow and I do love to express myself. Recently I started my own online blog to promote small businesses in Melbourne. I have been torn whether to include opinion pieces, especially political ones, in this blog for fear of losing some business due to those opinions. Then along came Sleeping Giants, a group that encourages others to mount campaigns against individuals and networks who have a different view of the world to their own and then try and have them silenced through corporate bullying.

As I followed their behaviour on Twitter and the impact they have on their victims I had myself questioning the courage of organisations that cave into this sort of pressure when I had an epiphany. I was guilty of the very same thing.

While disagreeing with much of what I was reading and seeing on twitter I was too cowardly to express my own views and opinions in detail for fear of retribution. I am a person of conservative nature, I am not embarrassed by that, but due to this nature, I have been reluctant to enter into the domain of the exchange of ideas, politics and cultural debate. In fact, from what I have seen on Twitter, conservatives, on the whole, have a long way to catch up to those on the left side of politics in articulating their position, beliefs and values. The question I needed to answer for myself is; do I retreat from my twitter addiction or do I embrace it and do so in a manner to rival those cultural adversaries we have on the left of politics? Especially taking into mind how intense, determined and nasty those adversaries can be.

I am not one for walking away so naturally, I have chosen the latter option, if it costs me business so be it, there are more important things in life than making a dollar, but at least I know now that I can earn a dollar without sacrificing my values. I have been tolerating bullies and nasty individuals my whole life, so what are a few more online ones in the greater scheme of things.

So from this point, I will be articulating why the progressive left wherever they are found, whether that be in the federal Liberal party room or at a protest in an Antifa line are dangerous for our nation and our society and our future generations. More importantly, I will be placing my arguments for why conservative values need to be embraced to ensure a stable peaceful and prosperous society and nation.

It should be fun!

If you agree with my viewpoint and what I am trying to achieve, please retweet and share this article and my blog amongst your friends and followers. Spread the Conservative word! If you don’t agree with us send us in an opinion piece as we embrace all points of view as long as they are considered and read well. We don’t silence voices we engage with them, why not join us.

Hate Speech or Speech you Hate?

A bottle of whisky, Dan Andrews and my resilience

Morrison is reading the last rights of The Liberal Party Party of Australia.

Be the first to comment on "It’s time to get busy being a conservative online."