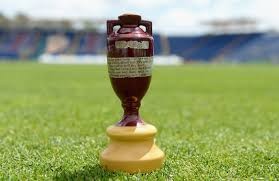 Publicly the Australian Cricket team leadership said all the correct things after their crushing test lost at Headingley, at least all the politically correct things anyway.

What would have been intriguing would have been to hear what was really said behind closed doors. In the washup of the agonising loss Australian captain, Tim Paine has come in for substantial criticism over his review the over before, when Pat Cummings appealed for LBW against English tailender Jack Leach. It was a poor review that exhausted the Australians review challenges and didn’t allow them to question the not-out call the next over against Ben Stokes.

What really should be asked is why is cricket a sport where it is left to the players to be in a position to decide whether a call is correct or not? This doesn’t happen in the AFL, it doesn’t happen in Rugby, it doesn’t happen in basketball, nor horse racing, in fact, the only other sport where I think it does happen is Tennis. Yet even here there are differences. The major games are in the singles and outside Davis Cup contests, all players are professionals representing themselves only and not their country. The only person getting burnt by a bad review is the players themselves.

A captain of a country’s cricket team is carrying the hopes of his teammates, his sport, his fans and his country. No pressure there!

The point of any review system is that it is supposed to eliminate the howlers. Instead what is happening 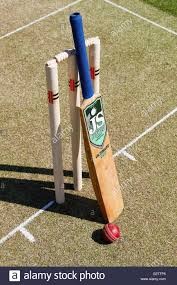 is that every decision possible is being reviewed. For example on a run-out attempt, even batsmen that make their ground by two metres can have the decision reviewed as umpires are petrified of making a mistake, not take a review only for replays to show they should have.

So back to the Ben Stokes non-decision for LBW. This was a howler, to the naked eye it looked plumb, on replays it was shown to be plumb and on review, the decision would have been overturned. In fact, the only person who thought it wasn’t out was umpire Joel Wilson. This wasn’t any non-decision either, it had massive ramifications, this was the Ashes being decided right at that moment. Had it been given out as it should have, Australia retains the Ashes.

Considering the consequences for all involved, but especially the Australia cricket team and the nation itself, who were watching on from the other side of the world, why do the rules not allow umpires to call for a review themselves just to be sure. After all, umpires can call for reviews on run-outs, no balls, whether a ball reached the boundary, whether a ball had been hit over it, whether a ball had been caught or whether it had hit the ground first.

There is no doubt in my mind that had Umpire Wilson been able to call a review on that appeal he would have done so. Who wouldn’t, a decision that could have decided a test series and not just a test series and Ashes test series and we weren’t able to review it to ensure the correct decisions was made, how is that possible? Don’t blame Paine, don’t blame Wilson point the finger at the game’s lawmakers.

This was a contest for the holiest of grails in world cricket. Wilson would have used and umpires review in a heartbeat if the rules allowed for it, they don’t. Nope, more importantly, he can review an obvious run-out, a legal ball for a no-ball etc, etc but the most important decision of the match and possibly the series, no let’s not allow that to happen can’t do that.

Ben Stokes was simply awesome, he deserved to get England home for the win, but by the rules of the game, he should have been out. There is no debate on that point. 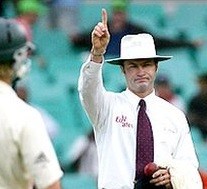 So the question has to be asked that is the players on the field have doubts about a decision and can ask for a review, then why can’t umpires ask for one to absolutely confirm decisions that they may not be sure about or as like this one they carry far greater importance than others.

Further, why are teams and players allowed to review as it is? What’s the point of umpires? It’s certainly a point well made by former Australian captain Mark Taylor.

In the NBA review system referees in the last two minutes are able to review any decision they are not sure to ensure a game doesn’t get decided by howelers, giving the umpires the opportunity to get decisions correct and not having the whole basketball world question their competence.

Why can’t cricket emulate this system to a degree where after the bowling team has taken eight wickets and into the last two umpires can call a review. When a run chase comes down to the last twenty overs of a match like it did this test, why not give umpires the opportunity to call their own reviews.

I would empower them throughout a game and take it out of the player’s hands altogether. This places responsibility for decisions with umpires and not the cricketers and that’s as it should be.

When a system is in place to prevent howlers yet it doesn’t then its time to review the review system.

My advocacy discovery. A battle lost, a war to be won!