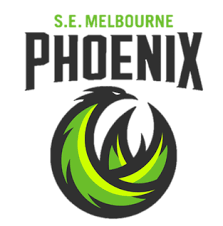 The NBL season opened last night with a sell-out crowd filling out Melbourne Arena to witness the current powerhouse in Melbourne United take on the new boys from the South East Melbourne Phoenix. Who came up with Phoenix name by the way?

The game was entertaining enough, but we just want to make some observations as opposed to a game report.

Now for the game.

Both teams ended up being undermanned with United missing David Barlow and Casey Prather. This was balanced our somewhat when Phoenix lost Ty Wesley early in the game with a hamstring issue.

Chris Goulding over the years has always struck me as being more than a little petulant but to his credit, he seems to have turned a corner in regards to his maturity. Not sure whether it’s the haircut or being a part of the national squad at the recent world cup and having to play second fiddle for a change behind some superior talent. Whatever it is he seems to have become a more grounded person and more rounded player. He now plays more defence than he flops, he still takes shots but is now seems to be more out of a team structure than being forced. He still whines way too much to referees over what are obvious calls, but credit where credit is due.

Maybe he could referee some Over 35 games at his local league, he would gain a far greater appreciation for how annoying it can be for a referee to have an obvious decision disputed with crazed looks and flaying arms, but I digress.

Talking of players raising a level from the World cup, how good has Mitch Creek become? there is not much to dislike about his game except his god awful tatts. He can get to the basket, hit the three, is as strong as a bull, doesn’t force bad shots, plays decent defence on both forwards and guards and now can hit big shots from behind the arc. He also seems to be a great teammate.

Like I said enjoy him while you can, he will have bigger things in front of him before too long

In all the TV grabs from the sidelines, Simon Mitchell was super impressive with the way he has his brand new squad playing and in the huddles that were covered. he said all the right things and handled his squad masterfully throughout.

In regards to Dean Vickermann his coaching is so much better than his dress sense, what is the go with those tweed jackets? The man should be cut some slack though, he has had some interesting personalities to deal with and has certainly turned a few around. Just watching his interaction with Goulding over the years have been interesting. He will have even more interesting times ahead to have his backcourt of Melo Trimble and Chris Goulding mesh as a partnership, both are talented, both want shots and both need shots to be happy. That’s not always an easy thing to have work or to coach. Vickermann could have his work cut out there but if he can make it work it would be an awesome matching. Last night was not a great start.

Melo Trimble is a like for like replacement for  Casper Were, but apart from a few highlights struggled in his maiden game. He has too much quality for that to remain the case for too long. In fact, United despite being the more established team looked like the side struggling the most for rhythm and chemistry. They definitely were missing their veteran David Barlow, who always seems to have that settling influence on the court for the United squad when things aren’t going their way.

Shawn Long with the short shorts was impressive in the forward position and gave Phoenix headaches all night inside the paint both with his scoring and rebounding.

For the Phoenix, this was an impressive opening and they seem to have enough depth in the squad to make a serious impression in their debut season. The injury to Tai Wesley though is a concern, he is a quality player, let’s hope he doesn’t spend too much time on the sidelines.

Through adversity, opportunities arise though and John Roberson, a 30-year-old veteran grabbed that opportunity last night finishing with 20 points. With an interesting journeyman background, Roberson showed he can create his own shot opportunities and when he does then lookout because he can be deadly. On last nights performance alone he could prove to be one of the best recruits we have seen.

As mentioned Mitch Creek was a standout,  but what was also impressive about this Phoenix group was the fact that they gave up a double-digit lead, yet settled to compose themselves to close out this game against a quality opponent.

It is always dangerous to make predictions and assumptions on only one game so I won’t, but it was a promising debut for the Phoenix and the league. I will keep watching at least until the NBA starts.

For now Kudos to the Phoenix organisation, just don’t get ahead of yourselves.

Ashes to Ashes, hold on where’s the review