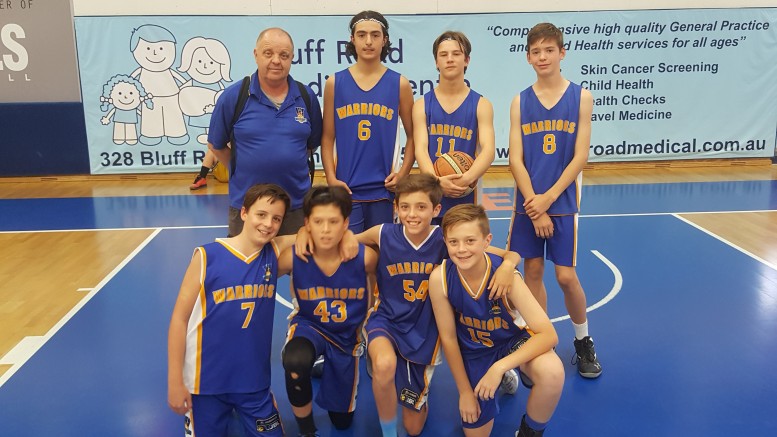 To say it’s been a tumultuous two years for the Warriors Basketball Association is an understatement. Kicked out of their home courts, their members forced into neighbouring Associations, this proud club that had achieved so much in five short years has had an awful lot to endure.
They are a resilient lot at the Warriors however and the club continues to persist. For two years a core group has been fighting to restore their club and their hope is that 2018 is the beginning of that resurrection. With a court hearing approaching, club president, Bob Mann, is hopeful that they can put these past events behind them and get on with rebuilding the club to its former strong position.
“Despite all the dramas, we have managed to keep functioning and working our way through it all. You find it hard to believe that we are talking about kids sport at times”
One thing is certain, however, the kids remaining at the Warriors, are well coached, have a strong bond and at the end of the day if they get to play basketball with their mates they are pretty happy. For two years now they have been playing together at Sandringham and doing pretty well. Three consecutive finals appearances is a testament to the way they play. The boys, unfortunately, keep hitting a wall in finals but are confident of breaking through eventually.
Once the club has managed its way through their off-court issues they are determined to rebuild their numbers and their club. To be a part of this CLICK HERE to obtain contact details and make an enquiry on how to become a part of this Warriors adventure!
SHARE TWEET PIN SHARE

Be the first to comment on "Warriors Still Standing Strong"