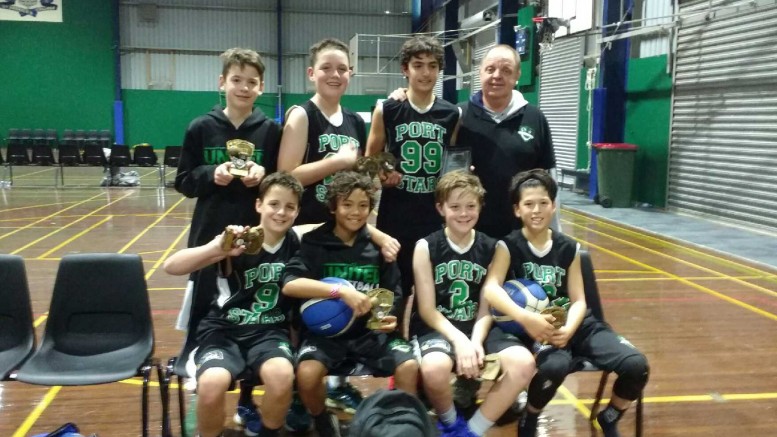 Our U14 Boys entered the Ballarat Junior Basketball tournament over the Queen’s Birthday weekend and enjoyed success both on and off the court.

On the court the boys played six games, lost one and won five. Those five wins included great wins in the tournament semi-final and Grand Final. In the Grand Final the boys had to overcome the strong Bendigo Braves team who had defeated them in the preliminary rounds by 19 points.

In the Grand Final our boys jumped out of the blocks early to establish a strong lead. Bendigo came back strongly however to hit the front late in the game. Our boys then came back strongly to tie the game, so into overtime both teams went. Our boys lead his period from start to finish and hung on for a great two point victory.

Off the court Parents and the kids had a great weekend staying at Federation University, while taking in the sights of the beautiful city of Ballarat, the boys bonded brilliantly and the parents got to know each other in what was a fantastic weekend.