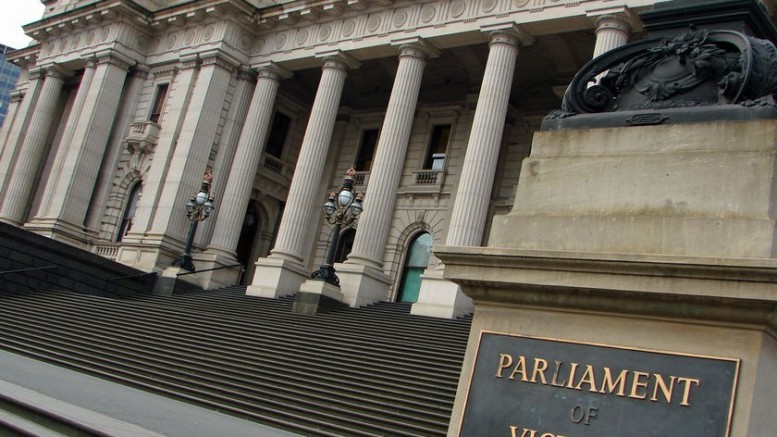 Throughout my adult life, I have always had an interest in politics without it ever getting in the way of my enjoyment of life.  The only time I took it seriously was around election time. Considering the circumstances we now find ourselves in within Melbourne and Victoria, I realise how foolish I was.

The irony of these lockdowns though is that being restricted to a residence with just my four walls for company is that  I have become far more engaged in politics in the past four weeks than I would otherwise have been. Not being able to conduct my normal business and recreation I have focused instead on building my social media following through political and current affairs content. I looked to do this so I can build an audience outside my imposed of my imposed five-kilometre boundary and further my state. 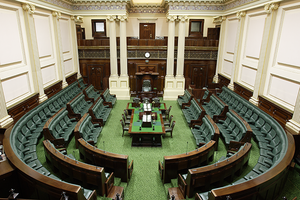 In doing so I have travelled down an intriguing path of engagement and advocacy I had not considered previously. This all came to a head when Daniel Andrews announced he was pursuing a twelve-month extension of the State of Emergency powers for his government to address the COVID-19 situation.

I was appalled by what I saw as a power grab from a person who has led a government that is responsible for numerous actions of incompetence in the handling of this crisis. It’s important to note when I say crisis I am not actually referring to this virus, but rather to this government’s reaction to it and the damage it has inflicted on our city and state economy, business and social fabric.

While I understand that position will not be shared by many of my fellow Melbournians and Victorians, the journey I then undertook should be of interest though to everybody.

In response to this, I decided instead of being a typical keyboard warrior who whines and complains to my social media followers, that I would instead look to do something more constructive with the following I had built on my social media platform. This following while not large, especially compared to others, I hoped to be substantial enough to recruit others and their followers in a lobbying effort. 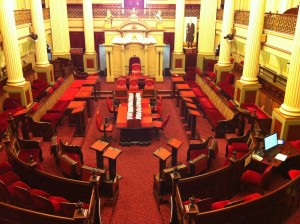 multiple emails to state and federal parliamentarians, making phone calls, sharing spreadsheets that contained members of parliament’s contacts. I published copies of letters and emails that I have sent to and received from our parliamentarians. This has proven to be both an interesting and enlightening endeavour.

The appalling revelation to me was that the vast majority of our parliamentarians make it as difficult as possible to contact them as they possibly can. With regards to the major parties, the Liberals and Nationals were more contactable and more constructive in their responses. This was understandable considering they were opposing this bill. The ALP member’s on the other hand bar one simply went to ground. The one ALP response that I received simply regurgitated party political lines.

In my endeavours to lobby our parliamentarians, I had my emails overwhelmingly not answered, infuriatingly in many instances, I was provided with an automated response to those emails. Some federal and state members referred me to my local member of parliament. The laughable thing about that is that my local member is none other than Daniel Andrews himself.

One ridiculously poor effort came from the Greens member of the Legislative Council chamber of parliament, Dr Samantha Ratnam. Her efforts were an interesting case study. Considering the financial support our politicians receive for things such as an office lease, paid staff, postages and extras (not to mention a recent pay rise) you would think Dr Ratnam would be entirely responsive to constituents. This should be available to them no matter the electorate they live in. After all, don’t we all contribute through our taxes to this Green member?

Not only did Dr Ratnam not respond to any of my four emails, when I rang her office on Monday as one of the key crossbenchers in a position to vote on this bill I was advised by a  phone messaging service to advise me that her office was closed due to the COVID-19 crisis. Even worse this answering service went on to advise me that I could contact her staff via her email which I had already tried four times.

So a parliamentarian we pay handsomely through our taxpayer dollars was totally uncontactable at a time when a power grab was happening in our state that we have never witnessed before. Even more importantly her vote was crucial for this bill to pass.

Anybody who votes for this green member of parliament in any future election is being ridiculously irresponsible with the voting privilege they have been gifted in our democracy. 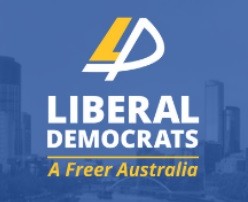 At the other end of the scale, to both my surprise and delight were the response from the two minor parties in the Liberal Democrats and Derryn Hinch’s Justice Party. Not only did I received emails almost on the same day from their staff, when I rang their offices the call was actually answered by a human being and even more impressively they engaged in both a polite and positive exchange of their thoughts and ideas. The Liberal Democrats, in particular, didn’t miss a beat.

When I contacted the office of the Tania Maxwell’s office from the Justice party, her staff member took my number and said she would pass it onto the party’s media advisor to call me back. When I hung up the phone I was not expecting a call back.  So I was pleasantly surprised when their media advisor, Joanne Pane, not only called me but then engaged in a 45-minute conversation.

After being disappointed by the major party members and other independents and crossbenchers, I was so grateful for these efforts from these two minor parties. Their staff were friendly, polite, responsive and most importantly engaging in my concerns. If they can achieve this why is so hard for so many of the major parties offices to do likewise?

Our major parties could take a lesson from the approach of the staff and offices of these two minor parties if duplicated by the major party members our representative democracy would be greatly enhanced.

In regards to the Justice Party and its founder, Derryn Hinch, I do need to engage in a “mea culpa”. When Daniel Andrews made his initial announcement for this power grab, word spread on social media that Hinch’s Justice Party would support a twelve months extension.

In a video blog that I published soon after,  I wrongly attacked Mr Hinch over this. I was wrong.

Personally, I don’t want to go to my grave an unethical hypocrite, so I apologise to Derryn and his Justice party and thank them for their service, their communication, their consideration and more importantly for their opposition to the twelve-month extension of emergency powers sought by the ALP government.

In consideration of this, I don’t understand how many of these politicians look at themselves in the mirror? They don’t respond to communications, worse they treat those who attempt to communicate with them with what can only be described as utter contempt.

I won’t list the draconian measure that we are enduring through these lock-downs, everybody is well aware of them, but our current government has implemented what can be argued is a police state to deal with a health issue, it has created an atmosphere of fear and division that has pitted neighbour against neighbour, family and friends against each other and Victorian against Victorian.

Many times we have heard that this virus is a once in a hundred-year event, which it is not, what is a once in a lifetime event though, is this governments response to it.

I never thought I would see any government take the measures that this one has. I am no conspiracy theorist, but I am smart enough to know incompetence when I see it. The security on quarantine hotels, the contact tracing, the refusal to use ADF personnel and the efforts of both our state and federal governments for our elderly has been woeful.

How some of these parliamentarians can look at themselves in the mirror considering their failings in these areas is beyond me.

What is not beyond me though  is to build on the lobbying and advocacy efforts I have conducted in the past fortnight. I now have a greater understanding of how the system works, the players in the game and which politicians I can rely on and please excuse my language, “who give a shit”.

On that point I would like to acknowledge the response I received from Wendy Lovell, James Newbury, Neil Angus, Beverly McArthur, Bernie Finn and Bruce Atkinson from the Liberal party, Melina Bath and Peter Walsh (party leader) of the National Party, Tim Quilty and David Limbrick from the Liberal Democrats, Stuart Grimley from the Justice Party, Luke Donnellan from the ALP and Fiona Patten from the Reason Party.

While I disagree with both Luke and Fiona’s stance on this subject I respect them both for having the courtesy to respond.

On the Federal side,  I had decent responses from Alan Tudge (LNP) and Dr Helen Haines (Ind), while David Van (LNP) and Rob Mitchell (ALP) while responding, effectively washed their hands of their fellow Victorians with those responses, which was more than disappointing.

What I have discovered, which really should have been no surprise, is that we as a voting public need to take our votes far more seriously. There are some genuinely good people in our parliament, but it also has its fair share of village idiots, some who hold important positions.

The village idiots only progress that far because we, the voting public, don’t engage in the proper due diligence of our candidate at election time. That is a mistake that not only am I determined to not make again, but I am just as determined to prevent as many of my fellow  Victorians and Australians doing likewise.

Now that the lobbying has commenced, it won’t finish any time soon.

Is it wrong to love a dog

Join our lobbying efforts against the Omnibus bill

COVID-19, are all the cards on the table for this fight?