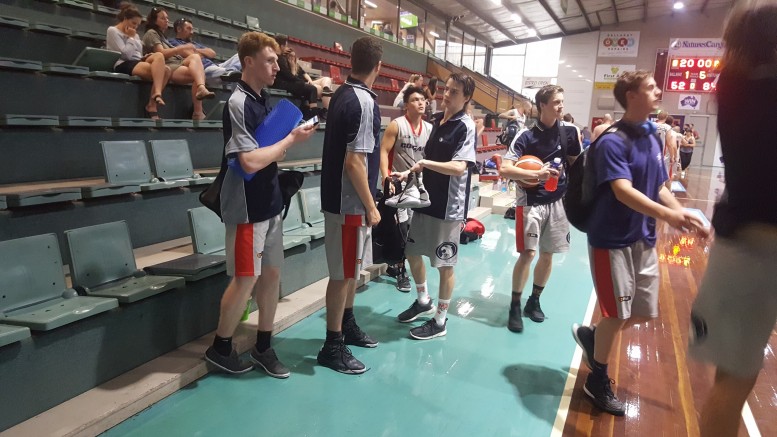 Over the Labour Day weekend three Cougars men's squad travelled to Ballarat to compete in the Ballarat open age tournament. Every year the Ballarat Basketball Association conduct a tournament for several divisions of open age teams.

Our BIG V Div 1 Men's squad and a veteran team of past Cougars BIG V players played in the Premier Division while our Youth League team played in the Men's "A" grade competition.

The Div 1  Men's team enjoyed a good weekend with two good wins against Collingwood and the Keysborough Vets team while losing in two competitive matches against quality opposition in Shepparton and Melton.

The vets enjoyed a great weekend together where winning came a distant second to enjoying a weekend with comrades in arms from Keysborough’s past seasons. Despite not enjoying the pre-season of other teams, the veterans were more than competitive and scored a major upset win over Shepparton winning 53-41.

Meanwhile the Youth League team enjoyed a winning weekend but just couldn't get past a veteran team lead by form NBA/NBL star Chris Antsey and former NBL starts Andrew Parkinson and Darren Lucas. After being belted by 31 points in their first match the youth league team acquitted themselves in a far better fashion second time around losing by just 7 points in the final.

It was great weekend away for our BIG V Div 1 Men's and Youth League squads to not only get in some much needed match practice but to also bond as a group before the season's opening this weekend. On that front the weekend was an outstanding success!

Be the first to comment on "Cougars represent in Ballarat"